The Look of Love

Just what is the look of love? Artists have tried for centuries to capture it in oils. Poets write verses to it and writers of romance cover pages and pages with words to describe that special quality of expression.

Sara Teasdale wrote: Strephon kissed me in the Spring, /Robin in the fall, /But Colin only looked at me/And never kissed at all.  Sterphon’s kiss was lost in jest,/Robin’s lost in play,/But the kiss in Colin’s eyes/Haunts me night and day.

The look of love is that glow in the eye, the softness of the mouth, the unmasked face. It is the longing to gaze endlessly at the beloved. There is a tenderness that moves me to tears — usually.

Last week, at the mall, I saw that look, but this time it made me smile. On a bench sat a very large dude. He looked like a pro football player, maybe a linebacker. In his big hands he cradled a tiny, little baby.  He raised her up so they were nose to nose and the look on his face was pure love. My heart melted, but I had to smile at the incongruous picture they made.

Years from now, when his teenaged daughter is driving him nuts, I hope he remembers that moment.

I hope we all remember such moments when stress, fear, worry, deadlines, and endless demands overwhelm us.

Love is stronger than hate.

I’m just back from a trip to my home province.  While there I had the opportunity to check out my alma mater, Queen’s University at Kingston. I’m so glad I did.  The last time I visited I came away feeling disappointed — so much had changed.  This time, I had fewer expectations and came away elated.  So much is still there!

The trees are gone from the boulevard but Grant Hall, the symbolic centre of the university still stands sentinel on University Avenue.

Lucky me, it was open.  This is the hall where my convocation ceremony took place.

Ontario Hall with its beautiful curving staircase was a favourite place for pictures when I was a student.  There are matching wooden curved staircases inside. At one point there was a move to tear the place down as being too inefficient, but alumni sentiment proved stronger than money and this castle-like building graces the campus.

The student body is four times the number it was in my day, but their faces are still bright and eager and hopeful.  We stopped at the student pub for a sandwich and chatted with the wait-staff, all students.  They made my heart lift when they talked about school spirit and the importance of century old traditions.  In our world that changes so fast — all my computer programs were updated while I was away — it is reassuring that things like duty and honour and public service still matter. This corner stone is dedicated to Sir Sandford Fleming, past chancellor.

Today’s students have chucked textbooks for ipads, and Google has replaced the dictionary, but the desire to seek knowledge is still there. The fresh-faced students taking the first steps toward their future, are still excited and glad to be at this institution.

This is the address where I worked for a few years after graduation.  At that time it was part of the registrar’s office and a green, tin, temporary structure.  Now it looks like this! But it still houses the admissions office.

I came away from my whirlwind tour of the campus with a smile on my face and a lift of the heart.  For a few brief moments I relived the excitement of my first semester. I belonged to something good and grand.  I was part of a tradition. I’m still part of that tradition. Cha Gheill — College of the Queen forever!

A visitor to Victoria today is greeted with all the accoutrements of a building boom.  Cranes dot the skyline. Streets are torn up, traffic diverted and sidewalks are barred with portable fencing. On a recent trip into downtown I discovered that most of the antique stores I intended to visit, had closed up shop.  Welcome to the twenty-first century.

I guess today’s Victoria is somewhat reminiscent of the days when gold-seekers swarmed the streets. It all began on Sunday, April 25, 1858 when townsfolk were returning from church.  The “Commodore” – a wooden side-wheel American steamer, entered Victoria harbour and 450 men disembarked – typical gold-seekers, complete with blankets, miner’s pans and spades and firearms. Within a few weeks a town of approximately 230, had been invaded by over 20,000 adventurers and gold prospectors.

While the great majority of these people were transients, the rush of gold-seekers transformed the sleepy village of “Fort Victoria,” into a bustling centre for commerce.  A wild land-boom followed.  Lots that had languished on the market for $25.00 were snapped up a week later for $3,000 each.  For most of the nineteenth century, Victoria remained the largest city in British Columbia and was the foremost in trade and commerce.

I’m sure the original residents felt as bewildered as I do at the sudden and drastic change to their home town. Suddenly there was building everywhere. And what building it was!

The Empress Hotel greeted travellers arriving by water. Rattenbury had designed the elegant legislature building to replace the burned down “bird cages.”

Victoria looked the part of a jewel in the British Empire.

Subsequent building booms have seen many historic buildings torn down and others altered dramatically. But there are still hints of Victoria’s Imperial past.  You find it in funky doorways.

Many of the original rounded entries, with curved windows on the side have been modernized in the interests of economy and efficiency, but a few remain.  Look for them in “old towne” along Government and Wharf Street.

These are just a few of the treasures I found.  Do you have a favourite doorway in Victoria?  In your hometown?  Why do you like it?

Canadian Thanksgiving occurs this weekend.  It is one of my favourite holidays, celebrating harvest and the abundance of the land. During our stretch of sunshine at the end of September I got into Thanksgiving mode a little early. 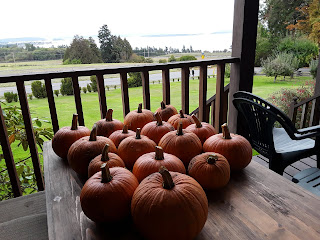 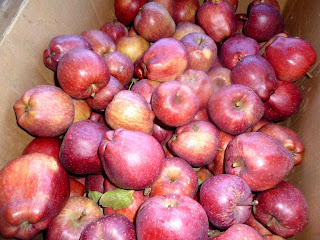 and gathered seed for next year’s flowers. 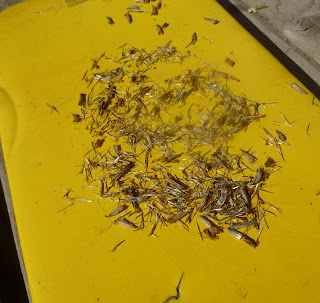 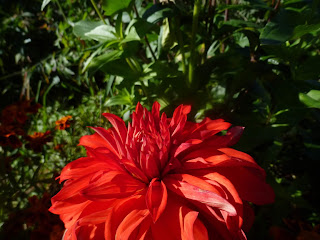 We were dazzled by dahlias and

enchanted with a late blooming rose. 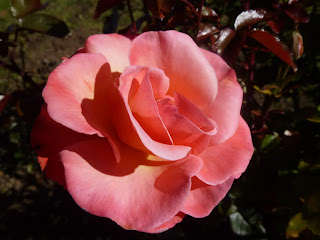 My world teemed with abundance.  My soul stretched and soared in gratitude.

Then, to top it all off, we attended a stage production of “Glorious” by Peter Quilter.  This is the story of Florence Foster Jenkins, the world’s worst opera singer.

And she was a terrible singer.  She tackled the most demanding coloratura repertoire and murdered it in spectacular fashion.  I couldn’t stop laughing.  Apparently her real life audience laughed too, but they loved her and she was invited to sing at Carnegie Hall in New York City.  Why?

I believe it was because of her exuberant joy.  She loved music, loved singing.  It brought her unparalleled  happiness and she wanted to share that happiness with the world.  I think she felt the same way on stage as I feel when I gloat over the harvest from my garden.  We are uplifted, exultant and full of joy.

At this time of thanksgiving, I wish all my readers overwhelming joy, the kind that cannot be contained in a safe, conventional life.  I wish you the exuberance of my dahlias and the bursting enthusiasm of Florence Foster Jenkins.